When the HEAD is DIVINE 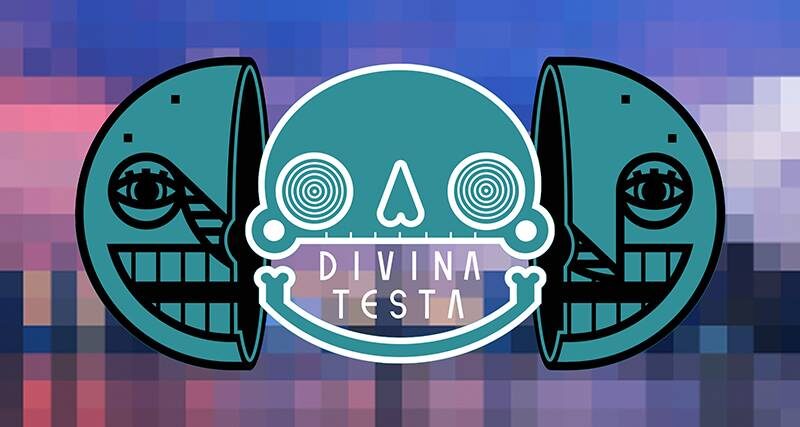 Tell us a little bit about your self: For how long have you been doing Street Art? Which is your artistic background?
I have not been doing what I consider street art for a very long time. When I was 14 years old I was tagging with different names and experimenting with styles. I found that the way I naturally drew was like doodling. This is because I loved to do characters on my desks at school. I remember after a few months in highschool my desk was completely covered in drawings. Later in highschool I started doing oil paintings on canvas and continued this until university. I met a street artist from Iceland who inspired me to dive into this artform more and this is when I really started to paint walls. It was a liberating change for me. Walls to me offered a change in expression. They are a public, large scale and site specific opportunity. So, it wasn’t until a year before I arrived in Florence that I had really began painting walls. In Canada where I’m from I only used spray paint and wheat pastes are a rarity! This is unlike Florence where they are so common. Nonetheless, I have always found mural art and graffiti to truly be my favourite works of art since I was a child.

We had the chance to appreciate your works around florentine streets: heads made of eyes and mouths collapsed together, bizarre facial features signed DT. How did you get to Florence? Did you start your street artist career here in Italy or were you already active when you lived in Canada, your home country?
Thanks! I was really experimenting with developing a symbol and a recognizable style while in Florence. How I ended up in Florence for 9 months was because of my university in Canada. They offered a program to a small group of students to study in Florence for two terms, which is the entire school year. The name DivinaTesta is something that came about only in Florence. I have to say that coming to Florence gave me an even greater perspective on street art and what it can be. The pieces I saw around Florence were so much cuter than what is in Toronto. They are hand painted wheat pastes. It is an entirely different culture to what street art is in Toronto. Especially the illegal side and the approach to installing one’s artwork.

In your works the head becomes something divine: what kind of message you give and how important is for you and your work the concept of ‘head’?
I like the name DivinaTesta because it has an open meaning in Italian. It is also put backwards because in good grammar it would be: la testa divina (divine head). This makes it hold less meaning linguistically because it doesn’t make sense. I like that because now the words sound separate to eachother making it have a broader interpretation. As for their definition being ‘divine head’ this comes from my personal obsessions with questions about a divine creator, or a single head or point to the beginning of life. In my more personal drawings and paintings not on the street yet I have diagrams of the infinite layers to one’s self. It displays the tunnel of perception going inwards and outwards that contains your body, the exterior world and your identities inside. I think divinatesta is becoming a character of it’s own, holding an identity. This is possibly ironic because I made the identitiy to represent something that has none. it is only another layer. Essentially I chose the name for myself because of the concepts that I am usually thinking about when I am making artwork, and for the things that I am trying to represent. 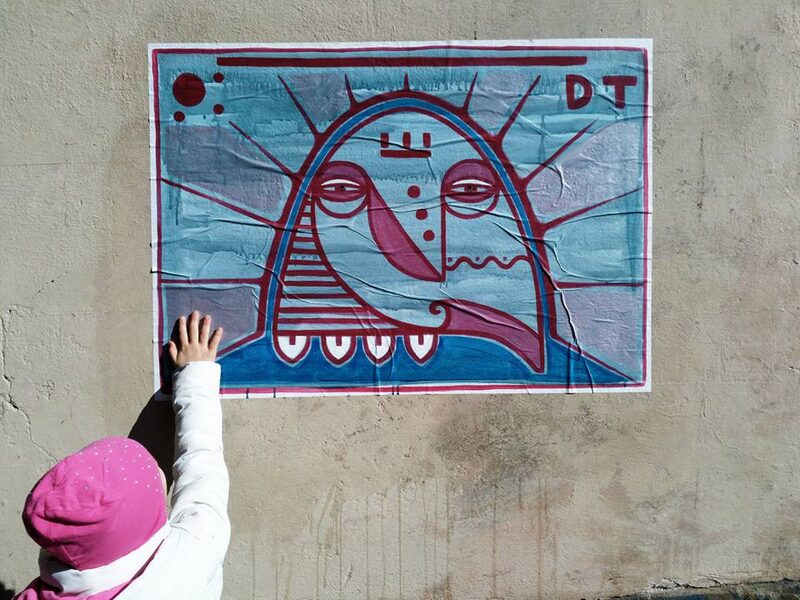 Your ‘heads’, firstly in black and white, became step by step richer and more detailed, becoming a colourful something with a lot of spots, in particular pink spots. Then you started to create works that isolated a single part of the human body: arms, legs, fingers get attached to the rest of the body only by a tiny bone. Which is the feeling you want to arouse in your audience by isolating single part of body?
I think that a bone symbolizes a lot for people. With the contrast of the flesh it brings a momento muori to the symbol. I take influence from the use of hands and fingers in high renaissance painting and sculpture. Hands and fingers pointing up or down to heaven or hell. This is where these symbols were taken from actually.

You express yourself in particular through Poster Art or Paste Up, technique that combine the lab work with the street work, the moment in which you choose the right location for the billposting. Why did you decided to work with this kind of technique? Have you ever tried to express yourself through the art of murales? If yes, could you give us a little preview and where would it possible to see them?
I began working this way in order to make something with a higher quality, and to take my time with. When I used spray paint it was quick but I wasn’t happy with the final results because I didn’t want to spend so much time in one spot painting in the city. For pieces in Florence and especially in public areas wheat pasting is fast and look great!
Yes, I have done painted murals in Florence too. This is probably one of my favourite methods because I can take my time and work directly on the wall. For an example I painted the bathroom of Caffé note in Santo Spirito while RMOGRL painted the main dining area. I also made a piece in the Arno River area on the spot where everyone climbs down to sit, and inside Studio 40a I was given a little wall to paint there as well. @divinatesta I have posted most of these spots, or on my facebook page.

Florence adopted you and immediately loved you. These days you would be part of the project ‘Residenze’, for emerging artists, at Street Levels Gallery. How does it feel to be part of such an amazing team? I saw that you bonded especially with Rmogrl and Ache77. What do you share with them?
Yes! It was a great experience to share a studio with all of them. Each artist working there is so focused and really talented. They work smart. I really ended up working well with Ache77. Before I left Florence we made a series of 30 posters that together made 10 finished compositions. They are all around Florence now. And of course RMOGRL was a huge help to me this year. He gave me two of the walls I painted and had shared his studio with me for a few projects as well. RMOGRL was actually somebody who got involved in a small mentorship group with my program and that is how I met up with him. Both of these guys were able to speak English hahaha, and that was a huge help to me because my ability to speak Italian unfortunately did not become fluent during my time here as I worked at a school where no Italian was spoken.

I know that your are going to go back to Canada for a while. What are you plans once you get back to Italy?
For now, I am going to finish my degree in Canada. Once I have this I do want to return to Italy, and travel as well in the UK. My plans are not very solidified yet but I am sure I will be making more moves in street art. It will be great to come back. I feel Florence is a special place with lots of energy. 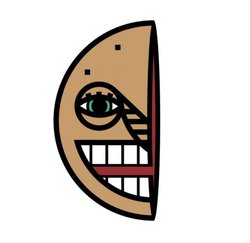 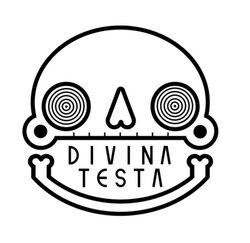 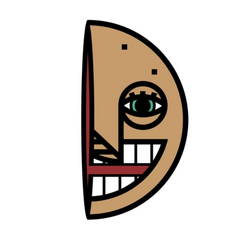 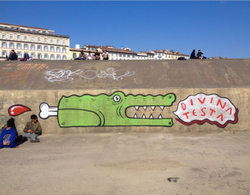 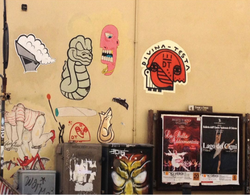 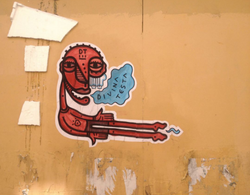 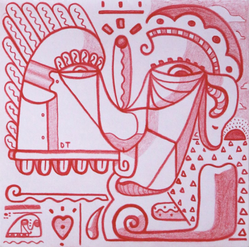 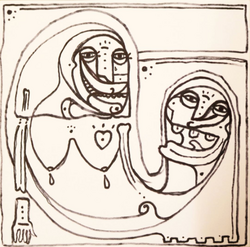 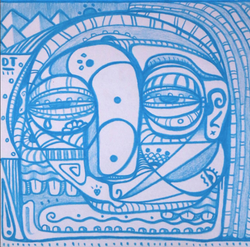